Fr. Edwin “Pius” Sammut O.C.D.  recently explained Kiko Arguello’s brilliant idea of ordaining young men priests for missions in China after only five years of training and without the benefit of studying in a formal seminary:

“One of the things which he [Kiko} has inspired is you know with the Bishop of Murcia, okay he’s going to uh, em have a seminary – Murcia’s in Spain – to have a seminary, okay, not in a 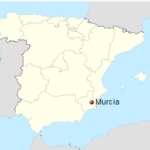 building, okay. That a boy, okay, who feels called, let’s say three hundred stand up. And he [Kiko] asks them, “How many of you would like to go to China?” And let’s say fifty want to go to China. Therefore, what, what Kiko is thinking is, that perhaps, okay. Em, instead of sending them to a seminary to be formed, you know, eight years, nine years, eh, no, they will remain in their community and they will be formed in their community. And also that five years they can already be ordained a priest. Okay, a bishop can ordain them, the bishop of Murcia. And then they can go, okay. These are, this is what God is, is working.”

What do you think?

A typical seminarian gets a 4-year undergraduate degree, a 2-year pre-theology program, including a good dose of philosophy, capped with a 4-year Master of Divinity degree that often includes a year of pastoral experience in a parish.  Sometimes the pre-theology program can be part of the seminarian’s undergraduate program.  In any event, we are typically talking about 8 years of training, formation, prayer, and pastoral experience prior to ordination.

Why?  Because the life of a Catholic priest is very challenging.  We expect our priests to be on call 24×7, and to be expert theologians, evangelists, ethicists,  homilists, liturgical experts, and counselors.  All “in persona Christi” too.  They are physicians of the soul, in a way, just like Christ, and because of that, they normally get the years of training and formation equivalent to a physician.    Moreover, these 8 years or so are ones of discernment, where the seminarian learns about his own weaknesses and dispositions, as well as about the wiles of the devil and the grace of God.  And this takes time.

For those that go to the missions, there is an extra year or so (at least) spent studying the language and culture of the country to which they will be sent.

So, back to Kiko’s brilliant idea.  How on earth will these , oops, presbyters, be adequately formed and trained to handle the rigors of Asia?

Answer:  These half-baked priests won’t, and most of them will fail miserably.  These men will be terribly damaged by the experience, as will many of the people they were sent to serve.

7 thoughts on “Half-baked Priests for Asia?”