Welcome to a Minute for Life!

About abortion, comedian Dave Chappelle says, “If you have a d##k, you need to shut the f### up on this one, seriously.”

This is a classic example of an ad hominem argument, that is, an argument that is directed against the person rather than against the position they are maintaining. In this case, it’s purpose is to either disqualify the male prolifer from arguing against abortion, or to distract them from even making the argument. Another example of an ad hominem argument is, “You prolifers don’t adopt or foster unwanted children, so you don’t have the moral authority to argue against abortion.”

There are, however, some defenses to these ad hominem arguments. With respect to Mr. Chappelle’s statement, half of the unborn babies killed by abortion are male, so why couldn’t other males come to their defense? Or imagine if we tried telling nineteenth century abolitionists that they had no right to argue against slavery if they didn’t personally smuggle people out of slavery. That would be ridiculous. Slavery and abortion are both evil, and one needs no special qualifications or to do certain things before having the right to say so.

But again, the idea is to recognize the ad hominem argument, not let ourselves be distracted by it, and to try to steer the discussion back to the issue of humanity of the unborn.

One thought on “A Minute for Life: How to respond to ad hominem arguments” 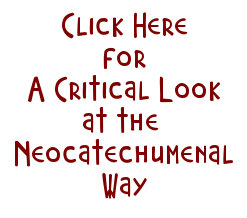