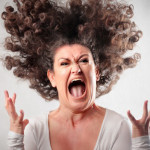 “This is why all human relationships are based on violence, the violence of one who forces the other to fulfill the law and vice versa.” Kiko Arguello, Neocatechumenal Catechetical Directory, Vol. I, p. 129, 7th Day

Kiko Arguello, founder of the Neocatechumenal Way, does not have a wife.  Perish the thought.  He does, however, have a stereotype of a wife, which he consistently presents to his followers and the Church.  This stereotype is that of a wife as an enemy of her husband, a wife often beaten by that husband in his drunkenness, a wife who “kills” her husband with her defects and with her nagging and with her infidelity.  Kiko’s outrageous words regarding femicide at Italy’s “Family Day” in 2015 reflect this stereotype, and it reflects Kiko’s deep seated assumptions regarding the typical marriage, especially the marriages of couples prior to joining the Way.

To see this stereotype in Kiko’s teaching, one only has to read the first volume of his secret Catechetical Directory, where he uses the word “wife” 105 times, while using the word “husband” only 32 times.

There were two delinquents, a prostitute, some families of gypsies, Joaquin, a drunkard who used to beat his wife and made her life impossible, a lame boy with crutches.  There I saw how a gypsy, who worked for fifteen days and then didn’t work for twenty-five, who used to send his children out everyday to beg for alms half-naked and his wife to sell false gold round the houses, radically change his life.  Who was it who told this man that he had to go to work and send his children to school and not send his wife around like that?  Don’t you see that I’ve gotten drunk, that I’ve beaten my wife, don’t you see that I’ve masturbated?  How can he remain indifferent if he loves you, in front of the problems you have, in front of your envy, in front of the problems you have with your wife, at home, in front of your rage, in front of your drunkenness, in front of all the evil powers which assail you and bring you to death, how is this possible if God is love? Yours, concrete: that you hurt your foot, that your wife got angry with you, that your son has been suspended, etc.  They don’t go to Mass just because the wife tells them: “Listen, Joe, we haven’t been to Mass for three weeks.  What stops us from letting ourselves be killed by the wife, the mother-in-law, the husband, the co worker and the children?  The Father is teaching all men through each person’s own history: through the child who runs away from home;  through the wife who goes off with another man; through the discovery that you are a failure because, at 47 years old, you become aware that you have never loved anyone or cared about

One thought on “Kiko’s Wife”