Kiko Arguello is the master of the half-truth, and with few exceptions, he is very careful to avoid appearing to publicly contradict orthodox Catholic teaching.  Here begins a series of posts on an egregious example of one such half-truth: the Neocatechumenal teaching, “Do not resist evil.”

In this teaching, Kiko, unlike Christ and his Church, commands his followers not to resist any evil or harm done to them whatsoever.  Even non-violent resistance of evil done with love for the “enemy” is said to be contrary to the will of God.  Kiko conflates any and all resistance to evil with revenge and retaliation.  While one can see that this principle has the potential to produce some wonderfully docile and pliant members of the sect, it is a distortion of Christ’s teaching.

I will present Kiko’s teaching and statements on the issue in this post, and in a following post, I will present a more complete survey of the Sacred Scriptures and actual Church teaching on the topic of resistance to evil.

Kiko purports to draw from two sources for this teaching:  the “Servant of YHWH” (Suffering Servant) narratives in Isaiah 53, and the Sermon on the Mount (Mt. 5-7).

Kiko explains what he means by “Do not resist evil in his secret Neocatechumenal “mamotretos”:

In this sermon we really shall hear everything: this new man who doesn’t judge, who doesn’t love money more than God, who doesn’t  if someone wants to rob him of something, doesn’t stop him, who doesn’t resist evil,  p. 366, Vol. I, Final Convivence

Kiko continues, saying that Christians are not to resist evil in any area of their lives, including their family life, their work, and even the political sphere:

St. Matthew is clear: Not to resist evil….It goes on to explain very explicitly what it means to love your enemies: not to resist evil….And not to resist evil, not only in the field of politics which is the most spectacular place to do it (you denounce certain things in the factory and they kick you out, but you become an idol in the eyes of your co-workers); not only in this area but also in other areas you must not resist evil: at a family level, a personal level, etc., accepting your reality of neurosis, of homosexual tendencies, of shyness. Accept the evil in yourself, take up your cross; recognize your reality of sin.  p. 394, Vol. I, Final Convivence 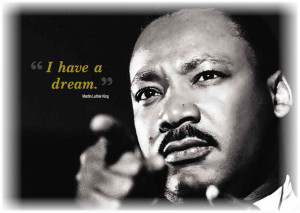 According to Kiko, then, anybody who pursues justice in the public sphere, e.g. the workplace, is seeking their own aggrandizement!   By that standard, Rev. Martin Luther King, Jr.’s movement of non-violent resistance to the evil of racial segregation and discrimination was contrary to God’s will…

In a talk entitled, “The Servant of YHWH in the Experience of the Neocatechumenal Way” (or go here), given at the Sanctuary of the Merciful Love in Collevalenza, Italy, Kiko makes an amazing claim:

I am saying the gospel. Only the Gospel.  The third form of evil.  It’s not when they want to take away and steal with the civil laws, but when they steal the apartment, you go to your house and you find that you have been robbed of everything.  They took away everything and you have nothing left.  I read the other day that a lady who was returning from holiday, had to go to sleep in the hotel because they had not left anything. Here they steal, and maybe you know who you stole. “Do not ask for your goods back from who took them..” You know who did it, You go to his house, and you find your stuff, “Do not ask for it, do not reclaim it.”  May I continue or are you scandalized enough?

Why is Kiko asking his listeners if they are scandalized?  If one discovers that everything in one’s house has been stolen, prudence would dictate that one avoid confronting the perpetrator directly.  One would normally report the theft to the proper authorities.  He asks if they are “scandalized enough” because he means that a Christian should take no steps at all to retrieve the property, including reporting the theft for the sake of future victims and for the ultimate good of the perpetrator himself. 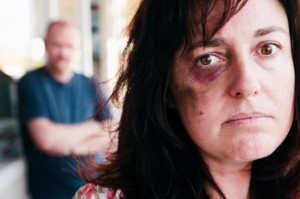 There’s more.  It seems that abused wives, in particular, are not to resist the evil of abuse.

That Christian sister, who is at home, and the husband is violent, a proud and abusive man; but she knows that God has given the husband, because she wants to save Chile, not just Chile, save Africa.  And she accepts it for love of Christ, that the husband arrives and says, “you’re an idiot, and it is dirty, always the same, always the same in this house.”

We’re not quite finished.  A friend from Spain recently provided this testimony to me regarding some heavy-handed pressure exerted on an abused woman by a Neocatechumenal catechist:

We watched as the black-footed [a reference to a high class Iberian pig] trying to a be a total black soul, gave a series of instructions to a woman who had not told all the peculiarities about why the husband was away from home. It was understood that he was such a beast, with some problems of behavior. The instructions were clear and compelling:   “If your husband comes home you open the door, and of course the marriage bed also” … The catechist looked over his glasses and asked: “you have understood, haven’t you?” … The woman lowered her head in shame (now I know, and I feel very angry with myself because I didn’t say anything then) and he asked again the same until this poor woman, in half a voice, answered: “Yes”.

Finally, from the Convivence of Kiko and Carmen with 253 American bishops in New York, in April, 1997 (or here):

Therefore, if a married couple are [both] baptized and [each] is adult Christian, Christian, it is indissoluble, it is indissoluble! Even if the husband crucifies the wife, the wife knows that she – that is Christ – has the mission to bear the sins of the husband, let herself be crucified, to climb the cross and to offer for her husband his binges.

Kiko and his catechists should tell us how much abuse does Jesus want the wife accept before she is appropriately “crucified” and can then seek help for herself, for her children, and ultimately, for her drunken husband?  Is one broken nose enough or one black eye enough? No?  How about two?

In my next post on this topic, we’ll examine the Scriptures and the teaching of the Church to see how Kiko has deformed Christ’s teaching.